CH Systems secured the pipework installation contract on the new Aldi Regional Distribution Centre (RDC) in June 2017. The new £50m RDC has created around 400 new jobs and measures more than 40,000 square foot. Have a look at the below pics for an idea of the scale of the project: 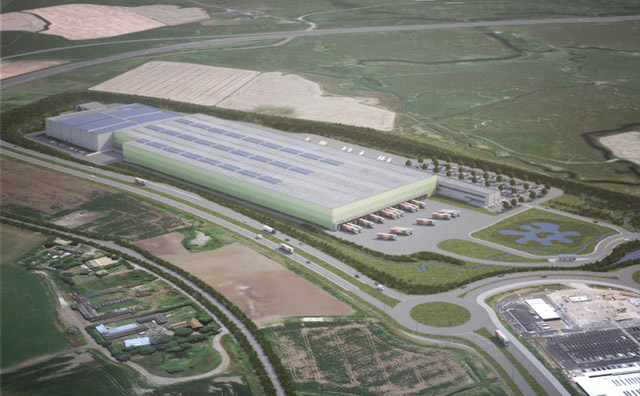 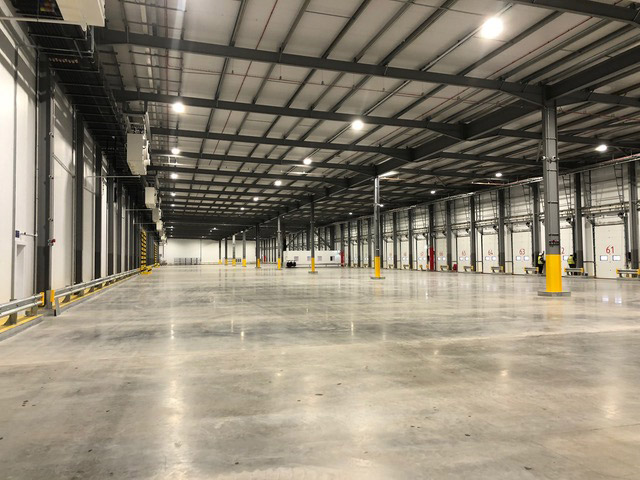 Our scope of work included:

All of the Domestic water services pipework was installed in Geberit Copper Mapress with all the valves on the project manufactured by Crane. 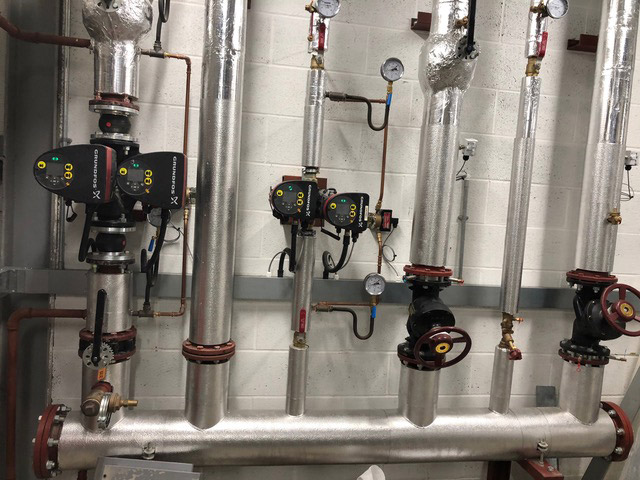 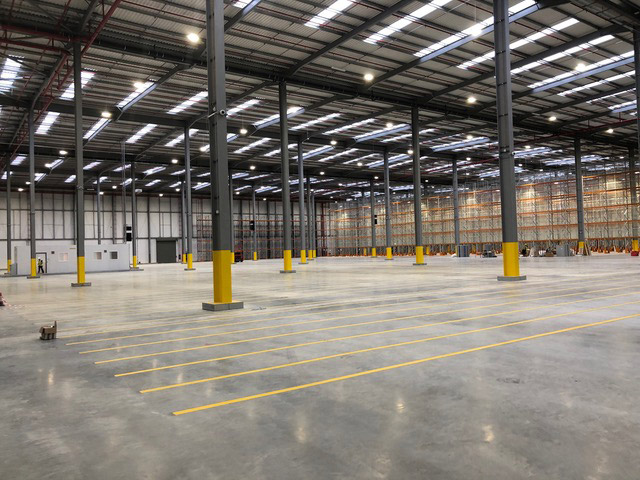 Once again we received fantastic support from our suppliers and the engineers involved in the project proved why they are an invaluable part of our team. 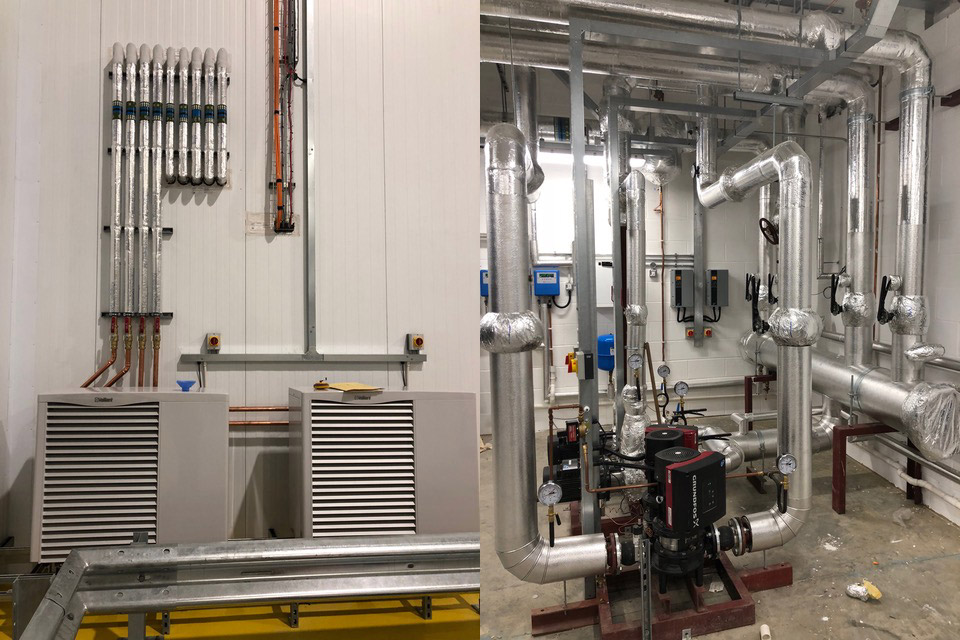 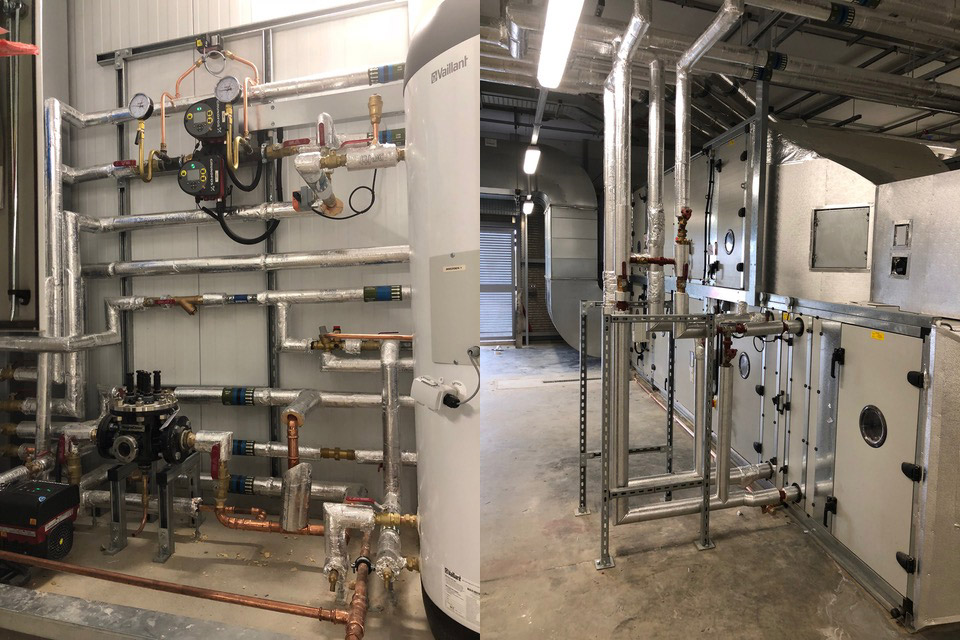 We recently achieved Prime Cost (PC) on this project, which makes it the longest running and largest project we have carried out to date. 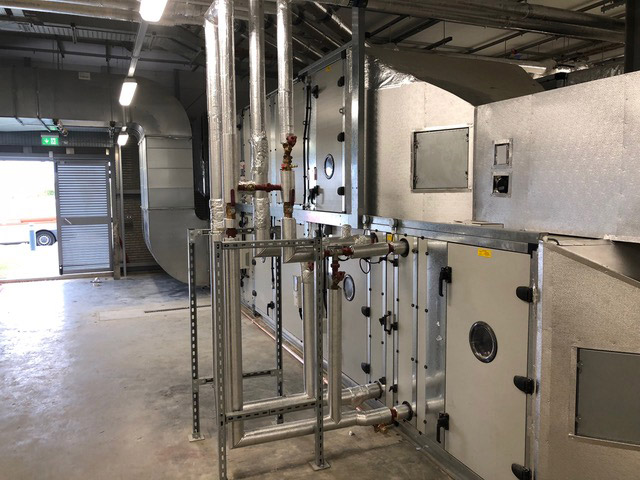 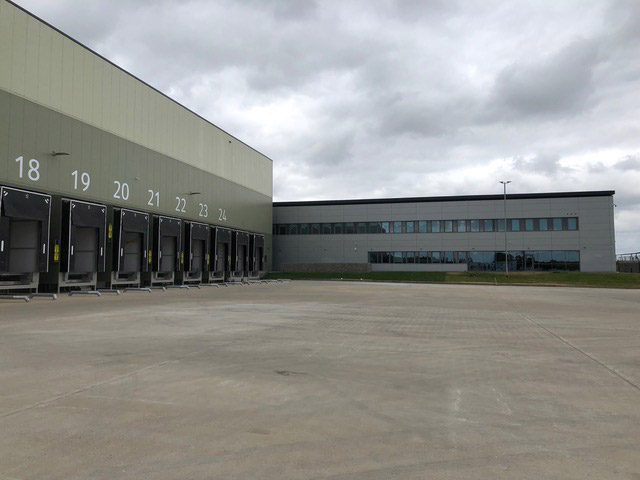 There are times when the handyman at work will be able to fix a clogged toilet or a slow drain with a plunger and a little elbow grease, and there are also times when he won’t. Sometimes, problems will require a professional in order to avoid major property damage and extortionate costs; the question is, when? Here are some of the most common problems that are likely to require a call to your go-to plumbing service:

Low water pressure – when water is trickling instead of gushing, you probably need a plumber. Pipe obstructions, city supply issues or poor pipe design can all play a part in low-pressure fixtures. A plumbing professional will be able to recognise the source of your problem and provide an appropriate solution.

Leaking pipes – are not usually a big deal but can be a costly nuisance. Leaks usually happen at joints and typically require permanent plumbing repair that may mean replacing a length of pipe or its fittings; a job best done by a pro.

Blocked drains – plungers and a little muscle can sometimes do the trick when it comes to a minor blockage but it’s not uncommon for debris to cause to clog the pipes, requiring an expert to fix the problem.

Running toilet – there’s nothing more annoying, in an office (or in life), than a toilet that doesn’t work properly. Running toilets (that never seem to flush effectively and take forever to refill) could be the result of a silent leak, which could lead to higher water bills if not dealt with.

No hot water – never good in an office, especially for the staff who have cycled in to work and need a quick shower to start the day! This is usually a result of a failed water heater…but whatever the source of your water heater’s failure; it’s a good idea to hire a plumber or technician to handle the job.

Dripping taps – washers form a water-tight seal, preventing water from pushing its way through the pipes and out of the tap; these washers can become stiff, torn or dislodged, allowing a tiny trickle of water through and creating an annoying drip…drip…drip. A plumber has the specialised tools required to fix this type of problem with relative ease.

When you’re running a business, spontaneous costs can be pretty inconvenient but more inconvenient is spending more money on a problem that could have been solved quicker and earlier, had you called a professional sooner.

For all your plumbing questions, feel free to contact the CH Systems team on 0208 302 8149 or info@chsystems.cc.

Sources: Thespruce.com – “5 times you should call a plumber”; Aquaplumbingsarasota.com – “The Most Common Plumbing Problems and When to Call a Professional”

One of our most recent projects was an assist on a café that was being stripped and remodelled to accommodate a new design. The work we did included the installation of a Heatrae Sadia unvented MegaFlo, which serves the domestic hot water outlets. (All the domestic pipework has been installed in Geberit Mapress copper.) 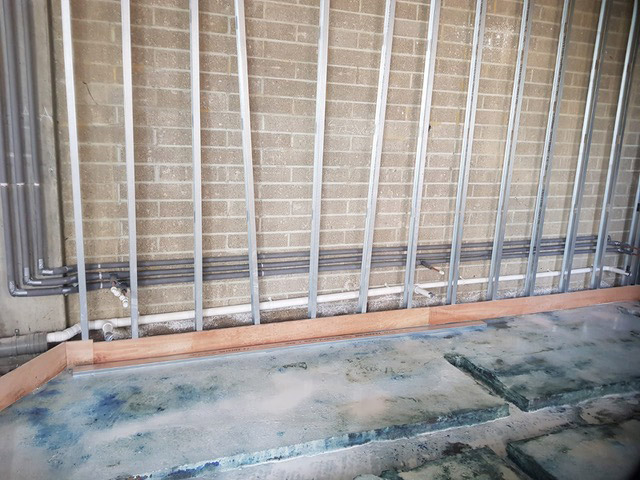 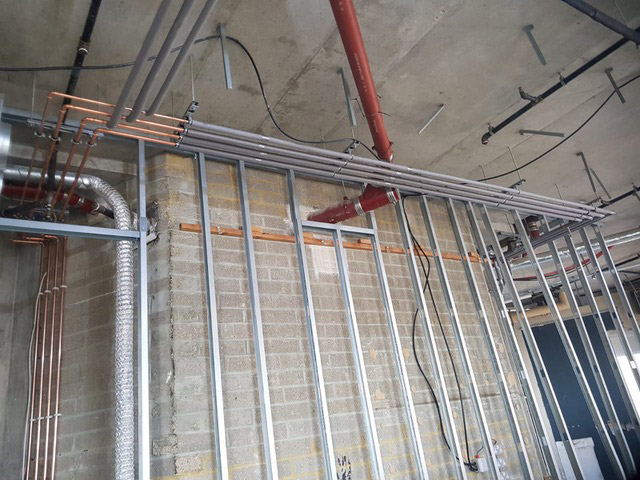 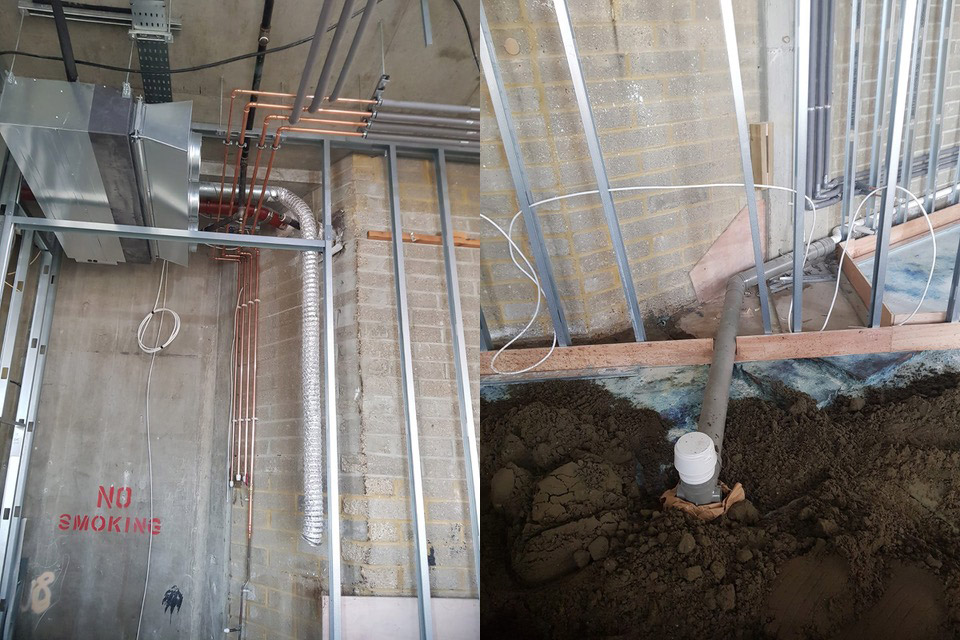 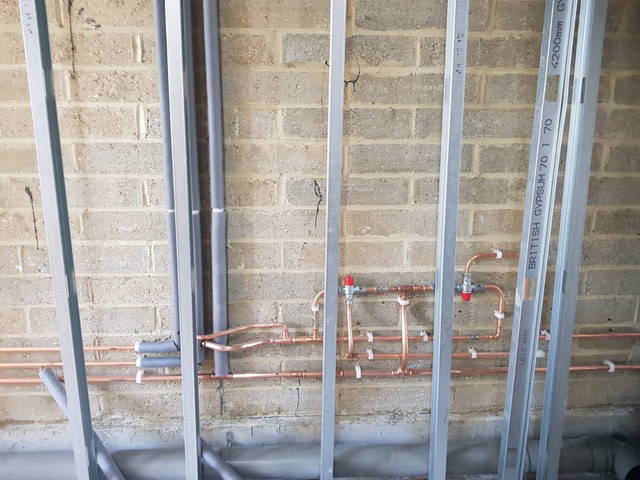 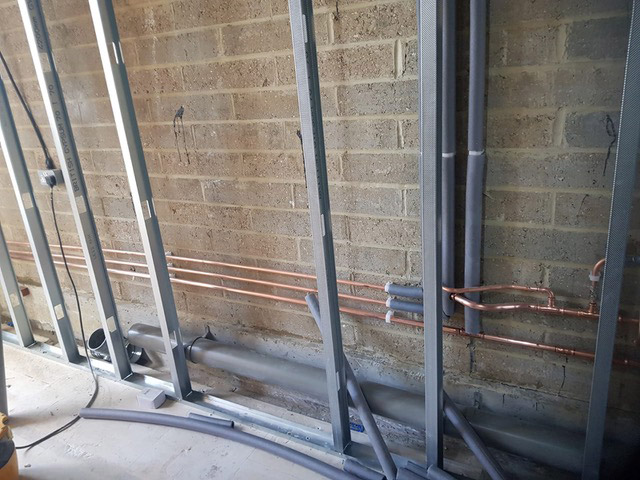 The ‘Ruislip project’ is a great example of the lateral thinking that is often required in the type of contract work that the team at CH Systems is recruited to do. In this instance, an existing building on the site in question was to be demolished and all the service pipework for 3 Sanyo Gas Fired Heat Pumps was fixed to this building. Our team was contracted to run three new refrigerant circuits as well as a new natural gas line to feed each unit. Have a look: 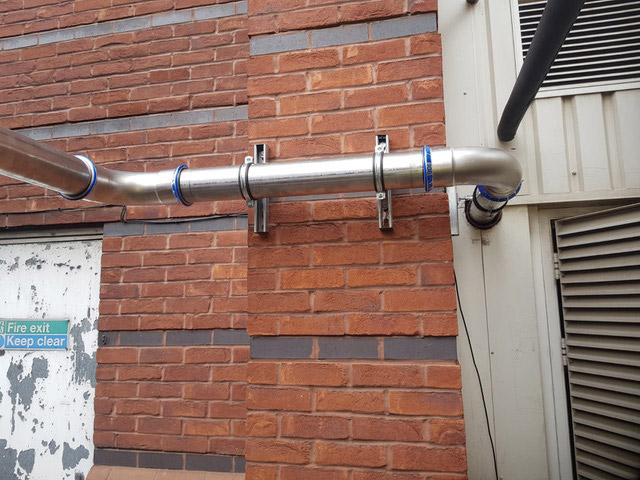 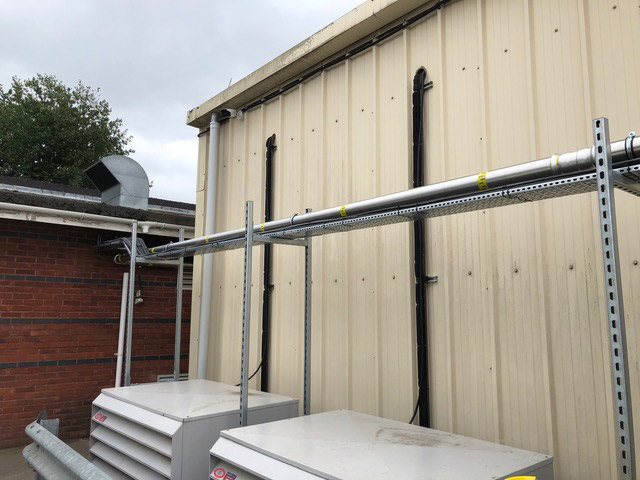 The team carried out some very tidy welding on the 4-inch branch that we tied in to the existing 6-inch gas line with the remainder of the natural gas pipework being run in Geberit stainless steel pipework and fittings. The final connection was carried out by hot-tapping the service as this ensured the least amount of down time possible, which was critical on this project due to £27m’s worth of stock in the warehouse (and all the product temperature critical). 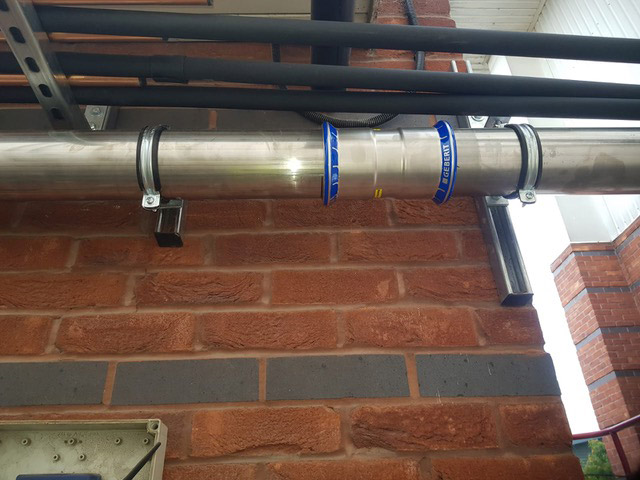 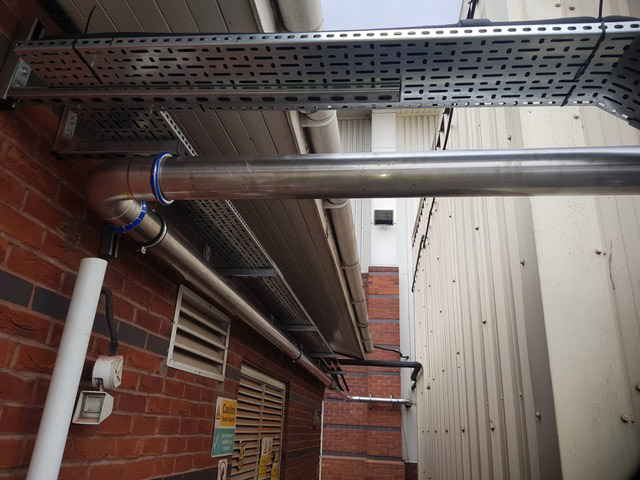 The Air Handling Unit served by the GHPs is housed on the first floor of the warehouse, which made running the refrigerant pipework an interesting challenge, but nothing that our capable team couldn’t figure out. 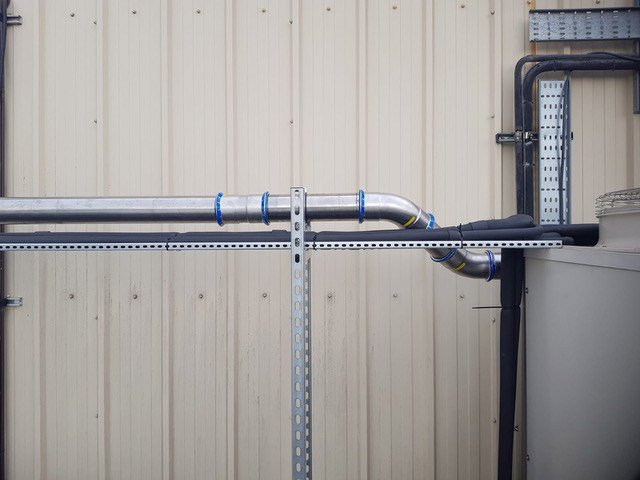 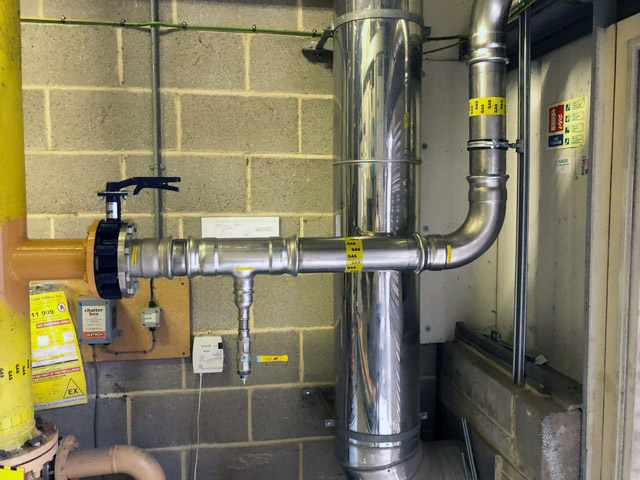 These GHPs are fantastic units as they give customers the option to introduce additional cooling capacity into a property where the electrical capacity has already been utilised for other applications. 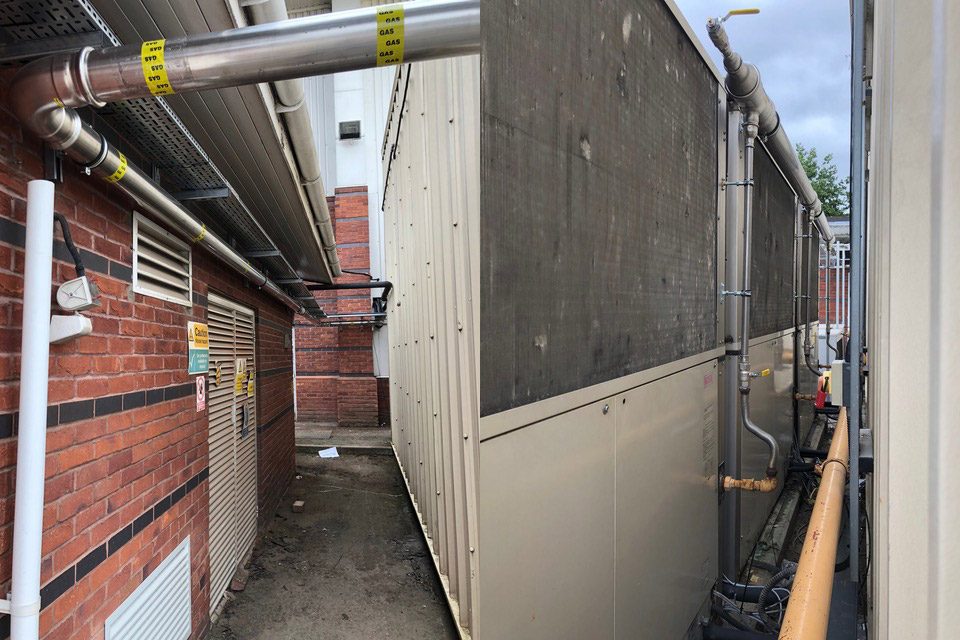 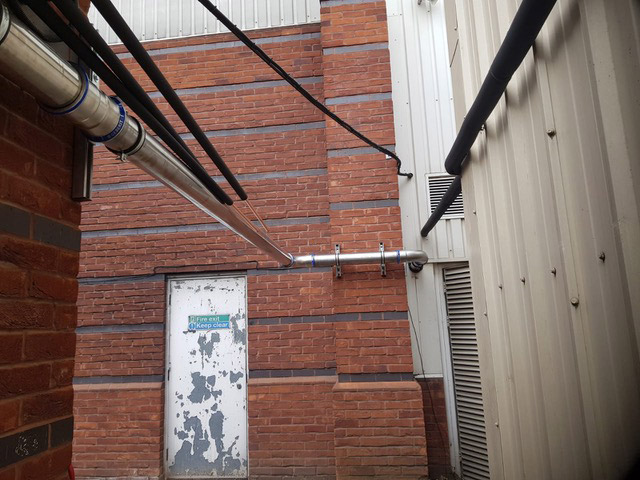 You can CLICK HERE to read up a bit more about these units.